Born in 1991 in Switzerland, Valentin Bussard graduated CFPAA in Geneva in Industrial Design. After obtaining his CFC, he followed a Bachelor Industrial Design Training freelancing 80% with various companies to Swiss Design Center in Lausanne.

During these studies in Geneva, he was awarded for the construction of a giant board game go to the park bastions, which was inaugurated in April 2011. After having worked from 2010 to 2011 in the architectural Burau John Paul Jaccaud architects and 2011 to 2012 Glass Concept mirrors as a freelance designer.

He finished these studies in business communications Brandstorm in Geneva. Currently graduated Bachelier he went to live new experiences in England, and he continues in his spare time to attach competition and small offices by developing its own projects in self-publishing. 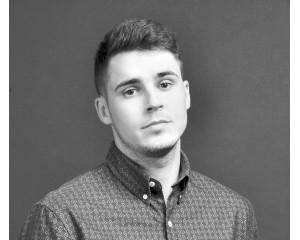